With the imposition of a further nationwide Lockdown and the RFU announcement of the cancellation of either league or cup rugby during the 2020/21 season I thought it was necessary to communicate what has been happening at the club and our thoughts as to the future after 2nd December 2020. I attach the original RFU Return to Rugby Roadmap and we had been at Level D since September with some really refreshing training/coaching organised by Mat & Greg and we were looking forward to playing again.  However we had scaled back training to 3 sessions every 2 weeks as there were no signs of moving forward even before the Government announcement on 31st October and we are now back at Level A and will await an update from the RFU as we approach December.

If we follow the Welsh experience after their “circuit breaker lockdown” we would hope to return to Level D and the players have been provided with fitness programmes for the Lockdown so we should be able to swiftly return to where we were on 29th October. This could involve the club taking part in some “Touch Tournaments” within the local area and Mat is in contact with his opposite number at Newbold to make them happen when we are allowed.

Whilst League rugby will not happen this season we have signed up with the RFU to participate in a series of friendly games with a cluster of clubs at our level namely Barkers, Nuneaton Old Eds, Old Coventrians, Pinley & Spartans and we are currently awaiting details of the format of play !! We understand that the Government and their advisers are concerned about Scrums, Mauls & Rucks particularly and whilst those activities will not affect one half of a team the other half will be mortified to be thought of becoming a back!! The important thing is to get back playing Rugby in whatever format and we will support the RFU.

During the spring/summer the Club worked alongside the LSC & OL’S Society in repairing the drive and trying to open the Clubhouse both safely and viably. The drive is already showing signs of “wear & tear” and demonstrates that there will be a need for continuous maintenance without a permanent solution that is just not financially possible but with the entrance gate and CCTV we now have a much more safe and secure environment for the club and its members. We also carried out a much needed refresh of the Gym and the equipment and introduced a code of conduct that will mean we will be able to re-open immediately the Government announce a relaxation in the lockdown rules. The Gym membership of less than 10p per day demonstrates the benefit we provide to our members and please contact Albi Foster at albifoster@live.com; to sign up

We have learned some valuable lessons from the socials we organised and my thanks to Ben Scott for all his hard work in making them happen and without the lockdown we would have been opening up the Club for the Nations Cup games involving England. We are therefore confident about the 6 nations games from February and these could be linked to either training sessions or the friendlies. The one unresolved question relates to the use of showers which even in Ireland which did return to playing Rugby for a short period were not allowed to be open. It looks like we will be revisiting some of our USA experiences where the phrase was “Drink & Stink” because they never had  changing rooms. Whilst it is not ideal we can make it work !!

Without the prospect of playing being certain it has been a bit of a conundrum in establishing and collecting subs for this season. Two years ago we introduced a monthly standing order for players to put an end to collecting match fees and in recognition that not all of the club’s costs arise from matches. Since the summer we have incurred costs for pitch maintenance, training and coaching, physio treatment and supplies and Floodlights whilst we have saved on the laundrette, showers and food. My grateful thanks to the 29 players who have maintained their monthly subscriptions since September and you have my personal assurance that your support will be rewarded with both Beer Tokens and discounts for either playing or leisure club kit when we return to normality. I would emphasise that all the money collected as subscriptions will remain solely within the club and not be used for anything but to ensure the future of OLRFC.  I would also encourage all other players particularly those training to set up a standing order for the appropriate amounts in accordance with the attached details but as a minimum for £5 which confirms your membership of the Club. Obviously we will need to review once we have clarity regarding the post 2nd December 2020 rugby world particularly if we are able to play games.

Similarly my  thanks to the 70+ VP’s who have already paid their annual subscriptions and your continued support is greatly appreciated. I would encourage the remainder to renew their membership as soon as possible and you have the same assurance that the subs will only be used to secure the future of OLRFC. In an effort to provide members with real benefits like the Gym we intend that they will also be able to purchase drinks at a 20% discount from the LSC once we are able to open the Club fully and further details to follow.

As regards the postponed Centenary celebrations we have provisionally booked either 14th March or 17th October 2021 for our games on the Close and will sort out the opposition, format and teams in due course but it will be a full contact game for the 1st XV. As regards the Centenary Dinner we are still in discussions with Lawrence Sheriff School and Jason Leonard who might be conflicted by his management of the British & Irish Lions but once we can safely organise a dinner we will make the necessary arrangements and we will be in touch as soon as feasible.

In the meantime stay safe and well and we will come through this together. 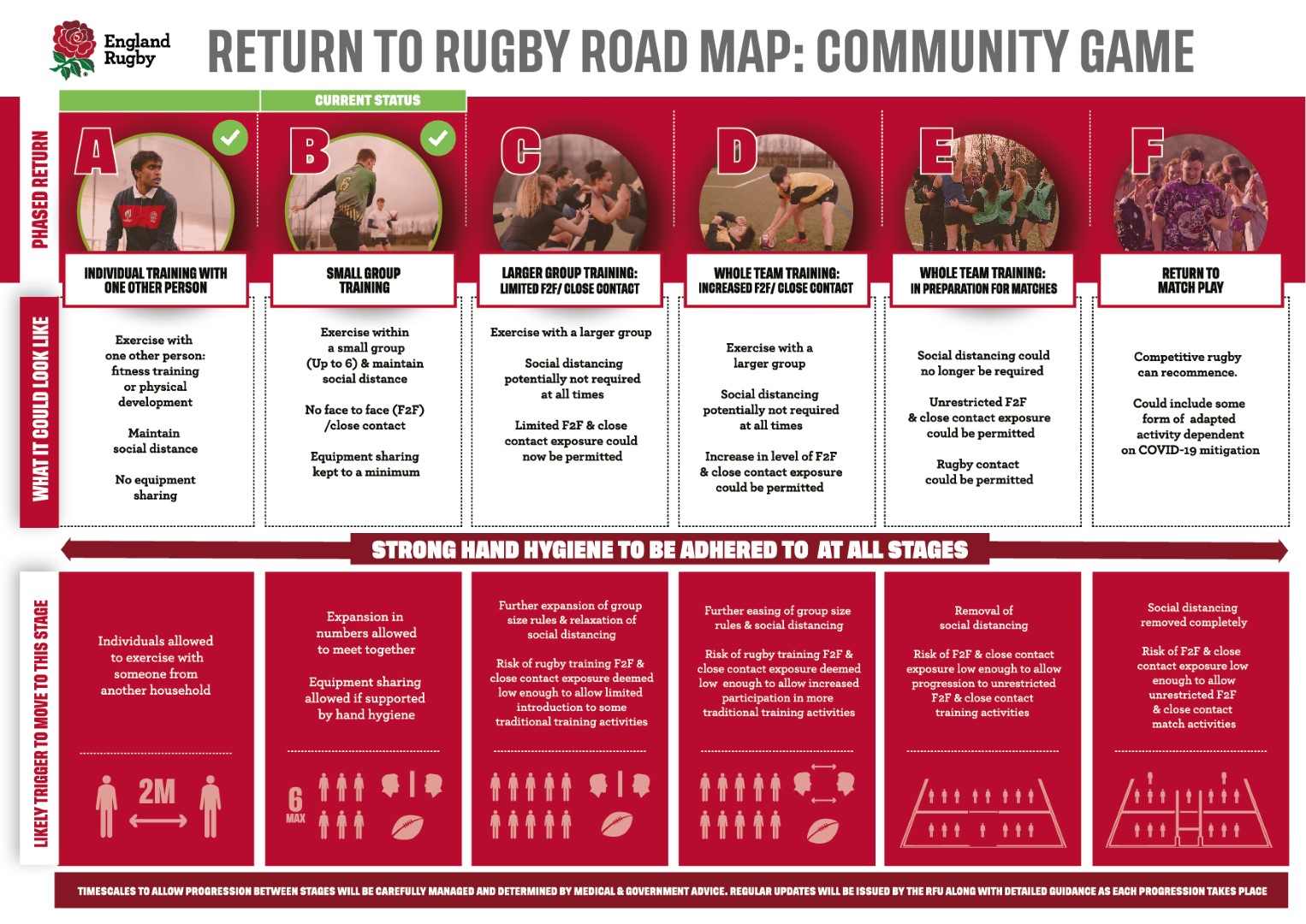