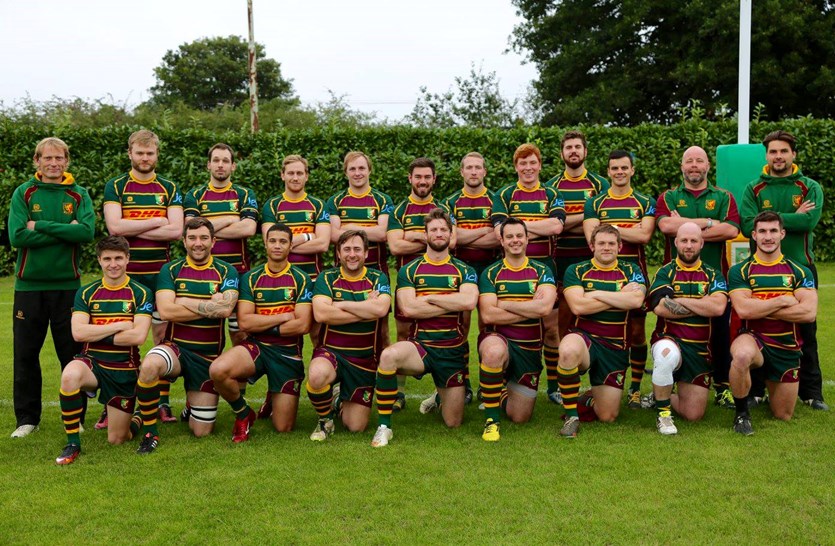 I am delighted to welcome you to another season of Old Laurentian rugby.  This new season is my first as Chairman and I am looking forward to carrying on the excellent work of the outgoing Chairman Dan Volkman who I’m pleased to say will still be heavily involved with the Club and I have been grateful for his support over the last few months. This year we will be working closely with the RFU in two major initiatives aimed at increasing the participation levels of people in the game of Rugby building on the legacy of both RWC2015 and the Rio Olympics which hosted enthralling 7’s Rugby. These initiatives will help us to retain our M&J players as they move into the senior game and also encourage people to return to the game even if the last time they played was as a 16 year old. It is all about planning for a continuing successful future of our great club.

There are many changes this year with the 1st XV under new captain Ben Wiles competing in the Midlands 2 East (South) after the disappointment of relegation. We made the decision to stay in the east and are looking forward to playing both new and previous opponents. I have been pleased to see a highly committed squad of players training so diligently under the new coaching team lead by Iain Wallis supported by Dave Longrigg & Andy Milner.

The 2nd XV retained their place in the tough Warwickshire 1 league with new captain Nick Martin and we look forward to welcoming both Newbold and Rugby Lions to Fenley Field during the season.

The 3rds will have the distinction of joint captains in Barry Hipwell and Adie Marsh who will interface closely with Ash McEwan who will be leading our fledging Vets XV once again. These teams will be the focus of the Return to Rugby (R2R) initiative and we are looking to host a Vets Tournament at the end of the season to reinforce our desire to run 4 senior teams each year.

We are also hopeful of having a Colts team during the year with Dan Volkman, Russ Parkinson & Andre Nutter being pivotal in setting up the structure to attract players and be ready in two years to take the current U15’s into the senior game. In April 2017 we are hopeful the Colts will host a game against a Metropolis XV who are planning to tour the UK.

The Old Laurentian Phoenix Ladies team will continue in the Midlands Touch league under their new coach Olly Cowley and the team are going from strength to strength with over 25 members under Captain Nic Marsh.

We are very hopeful of competing well at every level this season and thanks to the past captains Olly Cowley, John Barratt & Ricky Reed for their efforts last year. Also thanks to Stuart Birch who after many years has stepped back from his front-line coaching duties but I’m delighted that he will be there to mentor and help the new coaches as and when needed.

The Minis and Juniors section continues into its 8th season with over 400 members in only 11 age groups from micros (aged 3 to 5) through to now for the first time U15s. Ian McPherson remains as Chairman and will continue to work closely with me to achieve a higher level of cooperation between the M&J and senior sections. We are both passionate that to realise the club’s ambitions both sections need to move forward with a ‘one club’ attitude and we will continue to implement what changes are necessary.

As mentioned last year the committee will be split into four sub-sections which will be responsible for the day-to-day running and main decision-making of the club and the main committee will take more of an advisory role with the overall responsibility of guiding & directing the club.  These sub-sections are: Playing, Members, Commercial and M&Js.  In addition we will also need to change the Constitution of the club not only for these changes but to more closely align the club with the other organisations at Fenley Field involving the OL’s Society, Hockey Club and the LS&SC linked to Club Development below.

James Melvin is stepping down after many years of sterling work as the Treasurer and will be replaced by Matt Pritchard. I am delighted that James is taking time overseeing the transition to Matt in the same way he fulfilled this valuable and important role for the Club, it is much appreciated.

This has been put on hold as the OL’s Society progresses the potential of a land swap and until we have certainty as to the future it would not be appropriate to fuel the speculation that goes along with such changes. All we can say is that the intention is for OLRFC to remain a community Rugby Club in the Bilton area of the town which will carry forward the legacy of Lol Fenley and the other founders of the Club.

As all of us involved in commerce during the last 10 years will testify IT projects always over promise and under-deliver and we have really suffered last season but I’m pleased to say that Kevin Mortimer has now taken up the task of launching the RFU website linked to the digital legacy of our old site. He has successfully updated the Game Management System (GMS) and we believe the site will be ready to go shortly.

An integral part of the new site will be links to our closed Social Media platforms of Facebook and Twitter and it is important we ensure we have accurate records of all our members and to this end when you renew your membership we would appreciate if you could supply your date of birth, Mobile No and Email address. We can assure you the data will remain secure and will only be used for you to receive communication from OLRFC.

Vice Presidents and the Griffin Club

The Vice Presidents Lunch will be on Saturday 29th October, before the home game against Belgrave and I think I speak for all former players who recall the memorable games with Belgrave particularly away from home. Once again tickets will be priced at only £25.00 and I look forward to seeing as many of you as possible on the day.   This season’s VPs Away Day date will be confirmed at the Lunch.

As you will know Pete & Kathy Staines have stepped down as the organisers of the Griffin Club lunches and Mick Bass has taken up the unenviable task of replacing such a wonderful couple. Thanks Pete and Kathy for the wonderful service and Mick we wish you well. If you are not a paid up member, get in touch with Mick and he will be delighted to enrol you. The first lunch will be before the home game against Oundle on 17th September.

Gym
Our gym is a fantastic facility that is available to all paid up members of the rugby club, both players and VP’s.  Members are requested to pay an additional annual contribution of £30 at the beginning of each season towards the costs of maintaining the facility.  New gym users will need to purchase an electronic fob, at a one-off cost of £10.  If you are interested in using the gym, please contact Reiner Ferguson (reiner@jpl.co.uk) to discuss further.

Delighted that Rich Hayes supported by Cain Jones has agreed to continue organising and coordinating the social functions at the club for next season and the pair bring a considerable amount of distinctive enthusiasm and energy to the role. They are currently canvassing members of the planned programme and details will be published on Social Media and subsequently on the Website as soon as possible.

At the moment please put 5th November in your diary as we intend to hold the annual bonfire display on the day of the 1st XV away game at Luton which Dave Middleton & Keith Finch are organising. This event is vital to the fundraising activities of the Club and my thanks to Dave & Keith for bringing this together. We intend to pre-sell tickets this year to boost attendance and make this event even more special so please do all you can to attend and spread the word.

Pete Jenkins will continue to run the Commercial Sub-committee along with Kevin Vince, Andy Thorne, Rich New and Tina Henson for the time being whilst we pursue alternative sponsors for future seasons. PJ has secured sponsorship from DHL, Leader Systems and Jelfs for the coming season and Krusada are continuing as the kit supplier for the whole club once again. If you would like to renew an existing sponsorship or wish to support us in this way for the first time, please let PJ or his team know. The fixed cost for this is £100 per season.  We would also like to support individual players with their subscriptions; £250 will pay their annual subs, match-day subs, and this will be recognised in the match programme at each home game.

I’m delighted to confirm that Dave Middleton has once again agreed to be Membership Secretary for the playing members and Dave Eales will continue his perennial role as liaison officer for the VPs. My sincere thanks to both individuals who perform what can sometimes be thankless but vital tasks for the Club. They will be the main point of contact for membership issues and the paying of subscriptions. This year we will once again send out fixture cards to all members at the beginning of the season in advance of the subs being paid.

Subscriptions are now due for the new season and remain at the same level as last year:-

To remind you of the ways available to pay your subscription, they are:

Please don’t forget to include your name and the word ‘subscription’ in the reference field.  I hope that we can rely on your support in making early payment of your subscription.

We revamped the long-standing 200 Club last season to bring the marvellous concept into the 21st century by inviting new members to pay £5 per month by standing order in return for having 6 Numbers in the monthly draw and asking existing members to either upgrade or stick with the existing £10 per annum per number. Over 100 members have enrolled or upgraded and the monthly draw is now a minimum of 4 prizes totalling £325 and I would encourage all members and VP’s to join/upgrade and BEINIT2WINIT. Set up the standing order on-line using the above Bank details and let Matt Pritchard & I know and you will be a winner and helping the Club.

The OLRFC was founded on 25th July 1919 and played the first official game on 27th September 1919 against New Bilton St Oswald’s and we are already planning suitable events to recognise the centenary in less than 3 years’ time. Whilst St Oswald’s, and we are beginning the planning process to recognise and celebrate our centenary in less than 3 years’ time. A separate committee will be formed and I’m pleased to confirm that Mike Lewis as our “historian” will be involved alongside other volunteers.  We will approach other members as needed and I’m sure we will celebrate the event in many but always appropriate ways.  Watch this space

We lost 3 members very prematurely last season and whilst we look forward to a competitive and enjoyable season we will never forget the contributions made by Dom Marsella, Paul Amor and Stuart Patrick to OLRFC.

If you have any questions or comments on issues raised or not raised in this letter, please feel free to contact me by phone on 07967 698364 or by email aws-sms-sjls@ntlworld.com